Dr. Gurneet Singh Sawhney is an expert neurosurgeon who has successfully treated patients suffering from varied neurological disorders including essential tremor disorder too.

What is an Essential tremor?

Essential tremor is a movement disorder that gradually progresses either affecting the posture or as a kinetic tremor. Generally, it is known to affect the upper extremities. Also, it has yet to be confirmed whether the disorder can be classified as a neurodegenerative disorder.

Patients with essential tremor display a tremor in one upper extremity followed by its spread in the other upper extremity but it rarely does spread to the lower extremities. However, they could develop gait and balance abnormalities. They can also affect the voice, jaw, lips, head, and face.

The primary symptoms related to essential tremor include

Tremors could be occasional i.e. occurring during highly emotional moods and are likely to become persistent. They can be slightly asymmetrical while their frequency remains fixed. It is observed that tremors can occur during highly volatile emotional situations, temperature variations, and also due to fatigue, hunger etc.

A patient with essential tremor may be able to control it through voluntary control or suppress it by doing certain skilled manual tasks. Also, Sleep and relaxation are the best ways to resolve a tremor condition

The real cause of Essential Tremor is still unstated, but it is believed that the irregular electrical brain activity that causes essential tremor is processed via the thalamus.  Another view states miscommunication between the cerebellum and other parts of the brain hence issues in muscle coordination.

Essential tremor can be passed down from the parent to the child to the extent of 50%. Hence, it is advisable to conduct genetic testing or brain imaging to ascertain the likelihood of essential tremor for better diagnosis.

Essential tremor is usually managed through medication and surgery in severely affected patients. Primidone and propranolol are most relied upon medicines for managing these tremors. They are effective in reducing the amplitude of terror in more than 50% of the patients.

Primidone is effective in controlling the actions of the neurotransmitters while propranolol works encouraging neurotransmitters to reduce the tremors and their intensity. Their dosage has to be given with care keeping in mind the medical condition of the patient. Also, they can be given in combination for better outcomes.

These patients display disabling tremors that affect their quality of life and hence these surgery options are placed before them. Both these surgeries offer a significant reduction in tremors experienced in the contralateral arm and also in the tremors of the head and voice.

Both these surgeries have their pros and cons, which should be thoroughly evaluated before proceeding with any of them. The cost of stereotactic thalamotomy is relatively much lesser than deep brain stimulation but it comes with its share of side effects while deep brain stimulation is effective in controlling the stimulation required to manage the tremors but on the con side, it is expensive and involves the implantation of a foreign body within the body which further requires maintenance after a couple of years.

There is no permanent cure for essential tremor, but treatments that offer relief from its symptoms might be supportive in enhancing the quality of life. Mild essential tremor might not need treatment.

However, if ET inhibits your capacity to function or if you find it socially unacceptable, there are treatments that may improve essential tremor symptoms. Treatments might include medications or surgery. For surgical assistance in treating essential tremors consult Dr. Gurneet Sawhney, an experienced and skilled neurosurgeon in Mumbai.

Dr Gurneet Singh Sawhney is an accomplished neurosurgeon practicing in Mumbai. Apart from academic excellence, he has gained competency in performing neurosurgeries and other interventional treatments that help patients recover from the brain and other nervous system disorders.

Additionally, he has acquired fellowships in Functional Neurosurgery and a Fellowship in Epilepsy Neurosurgery from Japan. He has acquired expertise in performing simple and complex spine surgery, including CVJ and minimally invasive spine surgery – MISS, deep-rooted tumors in the skull, CVJ surgeries, neuro intervention, functional neurosurgery, neurotrauma, stereotactic, seizures and much more.

Essential tremor can occur to anyone at any age but its onset has been observed in middle aged individuals across both sexes irrespective of race and ethnicity. Also, it can be passed down from parents to the children hence genetic testing is essential if there is an incidence of it in the family. Children with parents with essential tremor do or do not display symptoms associated with essential tremor.

Yes, the severity does progress over time, patients may experience increase in the severity of the tremor while the frequency can reduce over time. The tremors are likely to hamper motor skills especially eating, writing, grooming oneself.  However, these tremors are well managed with proper medication taken under the supervision of an expert neurosurgeon.

It is important to choose a good neurosurgeon who suggests the right dosage of the most suitable medicine. There are many medicines that are equally effective in treating essential tremors but they should be prescribed keeping in mind the medical condition of the patient along with the likely side effects.  Most prescribed medicines include Primidone, Propranolol, Gabapentin, Topiramate, and so on.

Deep brain stimulation (DBS) and thalamotomy are most preferred surgeries performed to treat essential tremor conditions. Both these surgeries are suggested only if the medication does not resolve the tremor conditions in the patient. Also, their pros and cons need to be evaluated in terms of cost, maintenance, side effects and other relevant factors. 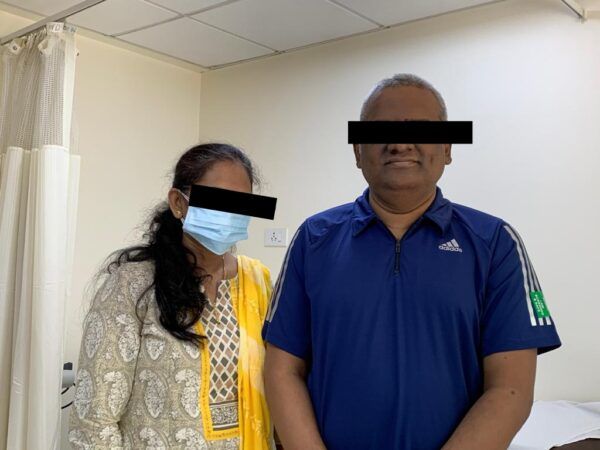 How Endoscopic Spine Surgery is done in Mumbai?

Patients who have had previous lumbar spine surgery are the most suitable candidates for spinal endoscopy. The majority of these patients had scarring seen on MRIs or other X-rays. Read on to view the full details...

Doctor is very good and patient as well. He treats his patients wisely and help them recover early. The fees is also affordable. I recommend everyone to Consult the doctor at least once.✨

A very knowledgeable doctor. Patiently listens to your problem, takes history in detal so that one does not miss any diagnosis. Believes in preventive treatment unless really required for surgery.

Dr. Gurneet Singh Sawhney is Kind, Professional and Expert doctor. With helpful nature and time management they take care of every patient.

I came to Dr.Gurmeet Singh sawhney after visiting many doctors, who were rather unsympathetic or casual about my headaches. I have been a migraine patient for many years. But since this pandemic started I developed severe headaches, which only worsened after getting covid. Dr Sawhney is a very patient and kind hearted doctor. He has always taken the time to lisgen to me and help me out. My headaches have significantly reduced after following the pain relief plan given to me by Dr Sawhney.