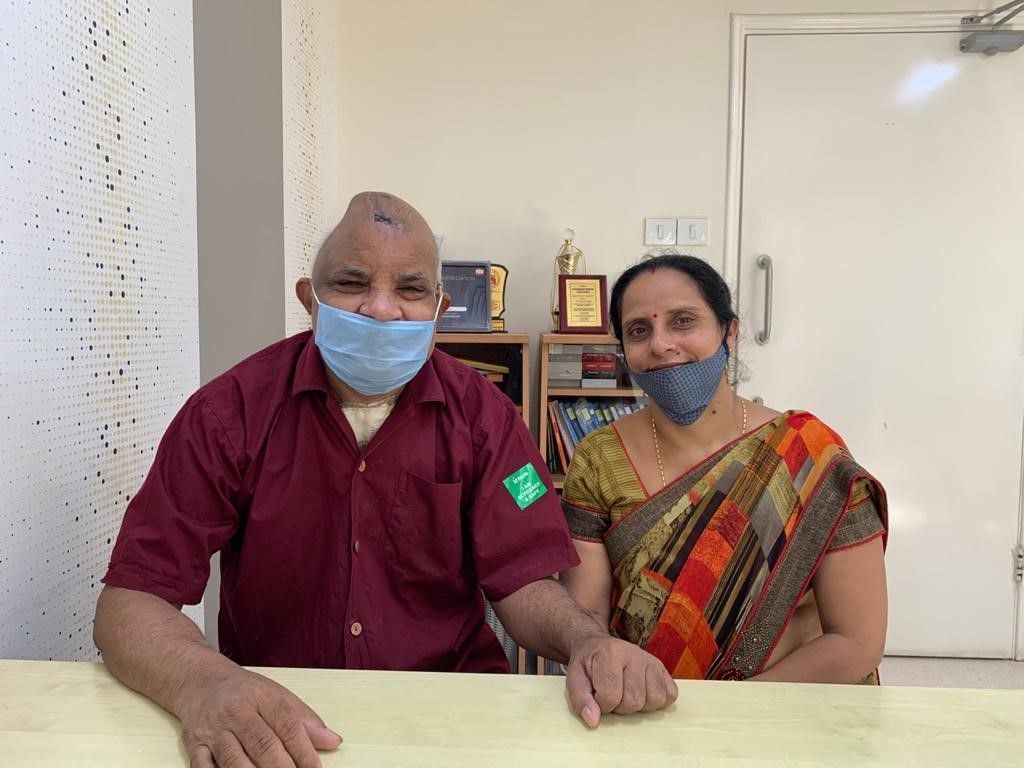 The left and right hemispheres of the brain are naturally balanced. A groove runs between both sides of the brain midline to the body. The spinal cord arises from the brain's central base and travels along the spine's center.

When anything moves the brain's natural centerline to the right or left, it causes a midline shift. The pressure imposed by the buildup of blood and edema around the damaged brain structures is intense enough to push the entire brain off-center, causing a midline shift. This is a medical emergency, and it's a warning sign.

When a midline shift is apparent, the most critical treatment is to relieve the pressure that is pushing the brain off-center. If a blood clot, such as a subdural hematoma, is the reason, surgery will be required to remove the blood clot and stop the bleeding.

A patient named Ganeshdutt Dubey got admitted to Fortis Hospital, Mulund, on 10/12/2020 for Acute Anterior wall myocardial infarction. The patient underwent primary PTCA stent placement to LAD. His procedure was uneventful and was planned for discharge on 14/12/2020.

On the morning of his discharge, he developed sudden onset of severe headache with vomiting followed by unconsciousness. An urgent CT Brain was done, which showed large right-sided acute SDH with midline shift and herniation. Dr. Gurneet Singh Sawhney, one of the experienced neurosurgeon in Mumbai, was called immediately, and he rushed to see the patient.

On examination, Dr. Sawhney found the patient’s GCS to be 3/15, and his pupils were bilaterally dilated and fixed. This was a dire emergency.

Dr. Sawhney rushed the patient to OT, explaining the prognosis to the relatives. As the pupils had already become dilated and non-reactive, the thought hovering over Dr. Sawhney’s mind was that probably his whole effort might be just futile. But still, Dr. Sawhney’s intuition pushed him to take the patient for surgery immediately.

Dr. Gurneet Singh Sawhney, one of the leading neurosurgeon in India, did the craniotomy and decompressed the brain in just 20 mins. After removing the SDH, the brain slowly started pulsating, and by the end of the surgery, it had surfaced and was well pulsatile.

Postoperatively the patient’s pupils attained a normal size and started reacting. The patient recovered completely without any deficit. He was discharged after 15 days with normal GCS. Dr. Sawhney did his cranioplasty after six months, and at the present patient is back to his normal life. Looking at the patient, only one thought comes to Dr. Sawhney’s mind - “MIRACLES DO HAPPEN.”

Q. What treatment can cure my mother from her migraine?

Migraine has a 2-step treatment

Q. What could be the underlying causes of stroke?